The search for “alternative energy sources” is a worldwide effort. There are many government bodies, universities and scientists around the world all working to find ways of replacing conventional fossil fuels with the newest green energy. Most people are in agreement that as the world slowly moves to depleting the Earth of its natural resources, we need to reduce our dependency on non-renewable sources of energy such as the common types of fossil fuels known as coal, petroleum oil and natural gas.

Alternative energies fill the gap between non-realistic free energy sources and the more traditional fossil fuels. Once upon a time nuclear energy was seen as the answer to our global energy problem. The huge amounts of energy that could be produced from a small amount of uranium was seen as the future way to power our planet as it produces a clean energy with no contribution to global warming. But as we know, like fossil fuels, uranium is also a finite natural resource that over time will run out. 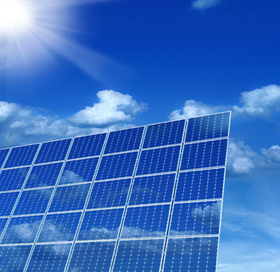 The sun has always provided the Earth with a great source of heat and light energy. In its simplest terms, solar energy is the radiant energy derived from sunlight and by using several different methods we can convert this solar energy into electrical energy using solar photovoltaic cells. These photovoltaic cells produce an alternative source of energy commonly known as “Solar Power”. Solar power pollution free since its source comes completely from the sun’s rays.

Solar thermal heating uses the heat energy of the sun to heat water or other such thermally conductive fluids such as oil which flow through a set of thermally conducting metal pipes enclosed within a solar panel or reflective dish. Solar hot water heating using roof mounted solar flat plate collectors is a cost effective way to generate lots of cheap and hot water for your home just using the power of the sun.

Wind energy is power or energy derived from the movement of the wind which is harnessed by windmills, sails, and more commonly wind turbines. Windmills have been in existence for many thousands of years long before the birth of Christ, helping to power sailing boats, pump water and grind corn. Wind Power is all about converting the motional kinetic energy of the wind into physical mechanical energy for driving machines or pumps, or converting it into electricity energy to power our homes.

Wind energy has the ability to generate many megawatts of electricity and is quickly becoming the most invested in alternative energy resource. Wind farms are being erected everywhere with enormous arrays of three bladed windmills dotted across the landscape. Of course, there is nothing new in using windmills or wind turbines for capturing energy. Today’s wind turbines are just more modern variations on the old theme. But these monsters of the landscape can help do away with conventional coal fired power stations. Wind energy is an excellent renewable source of energy and will go a long way in promising a good future to generations to come.

Hydro energy or water energy is an effective renewable energy that harnesses the energy or power produced by moving water using waterwheels and water turbines. The most common form of hydro energy is hydro-electric power which uses the potential energy of the water in large reservoirs held behind huge dams. The energy stored in the water is then used to rotate large electrical turbines to generate electricity. It’s estimated that about 90 percent of all the electrical energy produced by renewable resources is generated solely by hydro electric power.

Tidal energy or tidal power as it is also called is another hydro energy resource which uses the movement or kinetic energy of the seas and oceans to generate electricity. New water power technologies such as marine and hydrokinetic energy devices can transform the energy of the waves, tides, ocean currents and the natural flow of estuaries into sustainable clean energy. Tidal energy requires a large capital investment in dams, turbines and support ships, but once a “tidal power” plant is built the energy it generates is essentially free with the system being relatively inexpensive to run.

Another interesting alternative energy source that can also be classed as a “renewable energy resource” is the development of Biomass and Bioenergy. Biomass energy is made from agricultural crops and organic plant materials such as wood, peat, grasses and straw grown specifically to be burnt as fuels to generate heat and power as well as organic waste in the form of biodegradable materials, garbage, compost, animal manure and other waste products which can be converted into usable energy. Bioenergy is the energy derived from the Biomass (organic matter) which is sustainable as new crops and forests can be grown to replace those that have been harvested.

We have seen that the sun’s energy can be used to create other forms of energy. Some of these alternative fuel sources above are not new. For centuries people have harnessed the power of running water in rivers and streams for a variety of needs, particularly for farming and transport. Water wheels and windmills have been used for many thousands of years to grind corn and husks to make flour for bread and a variety of different foods. Even passive solar energy was used to warm homes and dry clothes.

Some forms of these “alternative energy sources” above are really just improvements of long-existing older technologies. But with the advancement of technology in the modern age other types of alternative energies are genuinely new, such as bioenergy, fuel cells and solar panels.