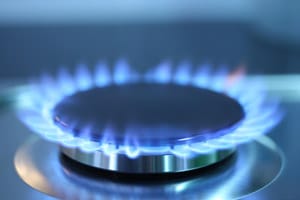 Biogas and other such biofuels are today starting to become used more and more around the world in just about every conceivable area both domestically and industrially, and as such could be one of the answers to the worlds energy problem as well as reducing global warming.

Biogas, which consists mainly of methane (CH4), giving rise to the term “Biomethane”, is produced when household organic waste and agricultural slurries and manures are broken down due to their decomposition by micro-organisms in an enclosed biogas digester.

Biogas typically refers to a gas produced by the biological breakdown of organic matter in the absence of oxygen. Biogas originates from decomposed biogenic material making it a type of biofuel. Biogas is primarily used for direct uses such as heating and cooling but this renewable resource can also be used in many different applications that benefit the environment and the economy from heating, to power generation and even upgrading to natural gas quality. 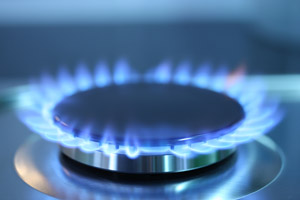 We know that biomass is energy derived from solid organic matter other than fossil fuels such as wood, plants and straw, and which can be used as a direct substitute for conventional fossil fuels by burning it (combustion) for both cooking and heating.

Unlike natural gas derived from fossil fuels, Biogas is a mixture of gases produced by the fermentation process of fresh waste material in anaerobic (without air) conditions making biogas a renewable “natural gas” resource.

Biogas is generated using an enclosed tank called a “biogas digester”, via the natural anaerobic decomposition of the organic material. A basic biogas digester consists of a fermentation tank in which the organic material is digested, and a system of pipework to collect and store the biogas produced. Biogas systems can be built on any scale from small and simple for a single household, to large and industrial for a whole municipal areas.

Biogas is produced in nature all the time with the distinctive smell from swamps and marsh lands being caused by the release primarily of methane (also called biomethane), marsh gas and other such smelly gases such as ammonia, sulphur dioxide, and carbon dioxide that develops when the vegetation that has settled to the bottoms of wetlands is anaerobically digested by bacteria.

In many countries around the world, biogas in the form of renewable biomethane is now being used as a substitute for fossil fuel based natural gas in pipelines, either to run appliances and/or as a vehicle fuel or as a source of electricity production. Before, these developing countries were heavily dependent on solid biomass fuels such as firewood and dried dung for their energy consumption using and burning them in an unsustainable way which had a severe impact on the worlds forests.

For more information about “Biogas Energy” and how it can be used as an alternative to fossil fuel natural gas, or to explore the advantages and disadvantages of biogas on the environment, then Click Here and order your copy from Amazon today and learn more about biogas and the various biofuel energy technologies that can be made from waste and renewable biomass resources.