Why are Fossil Fuels Non-renewable
Menu

Why are Fossil Fuels Non-renewable

Why are Fossil Fuels Non-renewable Resources

Fossil fuels are everywhere. They are in the air we breath, the ground we walk on, and even the oceans and seas we swim in. All these contain supplies of fossil fuels. Today, most of the world’s energy we use is obtained by the burning of fossil fuels with the major sources being coal, petroleum and natural gas.

So where do fossil fuels come from? – As their collective name indicates, “fossil fuels” are formed from the preserved remains of long dead plants, animals and creatures whose remains are buried deep underground. Over the course of tens of millions of years, these carbon-based deposits have been converted by the combined effect of heat, pressure and bacterial action gradually changing this dead plant matter into a combustible organic fuel such as coal, crude oil, and natural gas. Then nearly all fossil fuels are derived from dead organic matter. 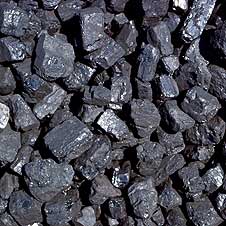 The coal, petroleum oil and natural gas we use today took millions of year to form and all contain carbon and we can’t make more of it in a short space of time. That’s why these types of fuel sources are called non-renewable.

Today, people all around the world use these naturally occurring fuels to meet nearly all of their energy needs, such as powering cars, producing electricity for light and for heating their homes. They generate energy and heat through burning in air or with oxygen derived from air called “combustion”. The energy released can then be used for a variety of purposes.

Cars and vehicles use fossil fuel oil in the form of gasoline or diesel oil to power their internal combustion engines and in the form of refined oils for lubrication of the engine. Coal is another important fossil fuel used for the production of electricity where the vast majority of electrical power stations burn them solely for this purpose. While natural gas which is a mixture of naturally-occurring methane with other hydrocarbons and inert gases is used to provide cooking, water heating and space heating for homes, businesses and public buildings around the world.

Many believe that renewable and alternative energy sources which are natural, continuous, largely available and environmentally benign are the way forward. Fossil fuels and alternative energy sources both have a lot of similarities and also differences. For example, they both come from natural sources and are commonly used around the world both providing energy efficiently. However, while alternative fuels are environmentally friendly and may last forever, carbon based fuels are the main cause of global pollution, are limited in supply and not all natural fuels are safe to store or handle.

Are fossil fuels still being created today? – Yes, but they are being consumed at much greater rates than they are being generated so the supply of some types of fossil fuel is likely to run out in the not-too-distant future. Therefore, they are considered non-renewable for this very reason. Then we can say that fossil fuels are a “non-sustainable resource”. 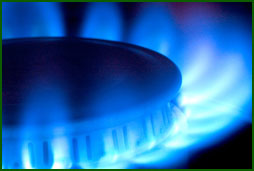 Yes, fossil fuels are a non-renewable resources with the current supplies taking a very long time to form deep below the Earth’s crust. The problem is that these supplies will be mined and used long before the Earth has had a chance to replace them through its natural processes. Even now, extracting fossil fuels is a major drawback to using them. Countries that do not have natural reserves of oil and natural gas must depend greatly on those other countries that do and as we know, burning fossil fuels contributes to air and water pollution as well as global warming.