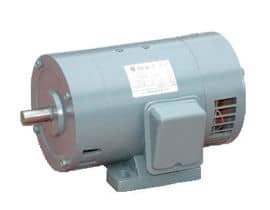 Like the DC generator in the previous tutorial, the operation of a Synchronous Generator is also based on Faraday’s law of electromagnetic induction, working in a similar fashion to an automotive type alternator.

Basically, the synchronous generator is a synchronous electro-mechanical machine used as a generator and consists of a magnetic field on the rotor that rotates and a stationary stator containing multiple windings that supplies the generated power. The rotors magnetic field system (excitation) is created by using either permanent magnets mounted directly onto the rotor or energised electro-magnetically by an external DC current flowing in the rotor field windings.

Main Components of a Synchronous Generator

The example above shows the basic construction of a synchronous generator which has a wound salient two-pole rotor. This rotor winding is connected to a DC supply voltage producing a field current, If. The external DC excitation voltage which can be as high as 250 volts DC, produces an electromagnetic field around the coil with static North and South poles.

When the generators rotor shaft is turned by the turbines blades (the prime mover), the rotor poles will also move producing a rotating magnetic field as the North and South poles rotate at the same angular velocity as the turbine blades, (assuming direct drive). As the rotor rotates, its magnetic flux cuts the individual stator coils one by one and by Faraday’s law, an emf and therefore a current is induced in each stator coil.

This 3-phase stator winding is connected directly to the load, and as these coils are stationary they do not need to go through large unreliable slip-rings, commutator or carbon brushes. Also because the main current generating coils are stationary, it makes it easier to wind and insulate the windings because they are not subjected to rotational and centrifugal forces allowing for greater voltages to be generated.

As we have seen, wound-field synchronous machines require DC current excitation in the rotor winding. This excitation is done through the use of brushes and slip rings on the generator shaft. However, there are several disadvantages such as requiring regular maintenance, cleaning of the carbon dust, etc. An alternative approach is to use brushless excitation which uses permanent magnets instead of electromagnets.

For low speed direct drive wind turbine generators the permanent magnet generator is more competitive because it can have higher pole number of 60 or more poles compared to a conventional wound rotor synchronous generator. Also, the excitation implementation with permanent magnets is simpler, more durable but does not allow control of excitation or reactive power. The one major disadvantage of permanent magnet wind turbine synchronous generators is that with no control of the rotor flux, they attain their peak efficiency only at one pre-defined wind speed.

The frequency of the output voltage depends upon the speed of rotation of the rotor, in other words its “angular velocity”, as well as the number of individual magnetic poles on the rotor. In our simple example above, the synchronous machine has two-poles, one North pole and one South pole. In other words, the machine has two individual poles or one pair of poles, (North-South) also known as pole pairs.

As the rotor rotates one complete revolution, 360o, one cycle of induced emf is generated, so the frequency will be one-cycle every full rotation or 360o. If we double the number of magnetic poles to four, (two pairs of poles), then for every revolution of the rotor, two cycles of induced emf will be generated and so on.

In a synchronous motor, its angular velocity is fixed by the frequency of the supply voltage so N is commonly known as the synchronous speed. Then for a “P”-pole synchronous generator the speed of rotation of the prime mover (the turbine blades) in order to produce the required frequency output of either 50Hz or 60Hz of the induced emf will be: 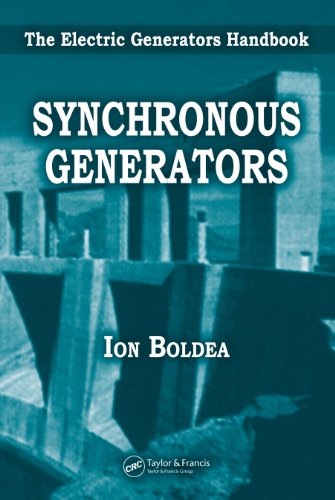 We know from our previous wind turbine design tutorial, that all wind turbines benefit from the rotor operating at its optimal tip speed ratio. But to obtain a TSR of between 6 to 8, the angular velocity of the blades is generally very low around 100 to 500 rpm, so looking at our tables above, we would require a synchronous generator with a high number of magnetic poles, eg, 12 or above.

But as well as that, some form of mechanical speed limiter such as a Continuously Variable Transmission, or CVT would be required to keep the rotor blades rotating at a constant maximum speed for a direct drive wind turbine system. However, for a synchronous machine, the more poles it has the larger, heavier and more expensive becomes the machine which may or may not be acceptable.

One solution is to use a synchronous machine with a low number of poles which can rotate at a higher speed of 1500 to 3600 rpm driven through a gearbox. The low rotational speed of the wind turbines rotor blades is increased through a gearbox which allows the generator speed to remain more constant when the turbines blade speed changes as a 10% change at 1500rpm is less of a problem than a 10% change at 100rpm. This gearbox can match the generators speed to variable rotational speeds of the blades allowing for variable speed operation over a wider range.

However, the use of a gearbox or pulley system requires regular maintenance, increases the weight of the wind turbine, generates noise, increases power losses and reduces system efficiency as extra energy is required to drive the gearboxes cogs and internal components.

There are many advantages to using a direct drive system without a mechanical gearbox, but the omission of a gearbox means a larger synchronous machine with an increase in both size and cost of the generator, which then has to operate at a low speeds. So how can we operate a synchronous generator in a low speed wind turbine system whose rotor blade speed is determined only by the winds power. By rectifying the generated 3-phase supply into a constant DC or direct current supply.

Diode rectifiers are electronic devices used to convert AC (alternating current) into DC (direct current). By rectifying the power output from the synchronous generator into a DC supply, the wind turbine generator may be operated at different speeds and frequencies other than its fixed synchronous speed.

The circuit diagram of the full-bridge, three-phase, AC to DC rectifier is shown above. In this configuration, the wind turbine can operate the generator at a frequency independent of the synchronous frequency as changing the generator speed varies the generator frequency. Hence it is possible to vary the speed of the generator over a wider range and to run at the optimal speed to obtain the maximum power depending on the actual wind speed.

Note that the output voltage from the 3-phase bridge rectifier is not pure DC. The output voltage has a DC level together with a large AC variation. This waveform is generally known as “pulsating DC” which can be used to charge batteries but can not be used as a satisfactory DC supply. In order to remove this AC ripple content a filter or smoothing circuit is used. These smoothing circuits or ripple filter circuits use combinations of Inductors and Capacitors to produce a smooth DC voltage and current.

When used as part of a grid-connected system, synchronous machines can only be connected to the mains grid, when their frequency, phase angle, and output voltage are the same as the grids, in other words they are rotating at their synchronous speed as we have seen above. But by rectifying their variable output voltage and frequency into a steady DC supply, we can now convert this DC voltage into an AC supply of the correct frequency and amplitude, matching that of the mains utility grid by using either a single-phase or 3-phase inverter.

Then the advantage of an indirect grid connection is that it is possible to run the wind turbine at variable speeds. Another advantage of rectifying the output from the generator is that wind turbines with synchronous generators which use electromagnets in their rotor design, can use this DC to supply the coil windings around the electromagnets in the rotor. However the disadvantage of indirect grid connection is the cost as the system needs an inverter and two rectifiers, one to control the stator current, and another to generate the output current as shown below.

Synchronous generators produce electricity whose fundamental output frequency is synchronised to the rotational speed of the rotor. Grid-tied generators require a constant fixed speed to synchronise with the utility grid frequency and it is necessary to excite the rotor winding with an external DC supply, using slip rings and brushes.

The major disadvantage of one fixed-speed operation is that it almost never captures the wind energy at the peak efficiency. The wind energy is wasted when the wind speed is higher or lower than the certain value selected as the synchronous speed.

In the next tutorial about Wind Energy and Wind Turbine Generators, we will look at the operation and design of another type of electrical machine called the Induction Generator also known commonly as an “Asynchronous Generator” which can also be used for generating three-phase grid connected AC electricity. 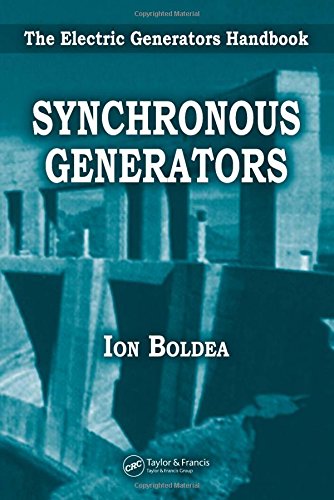 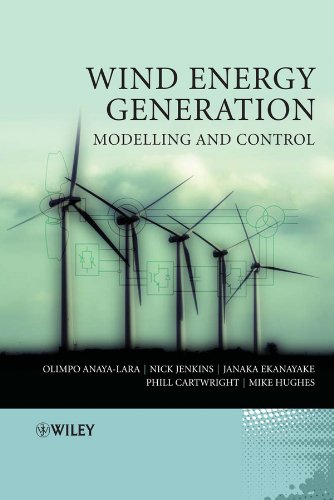 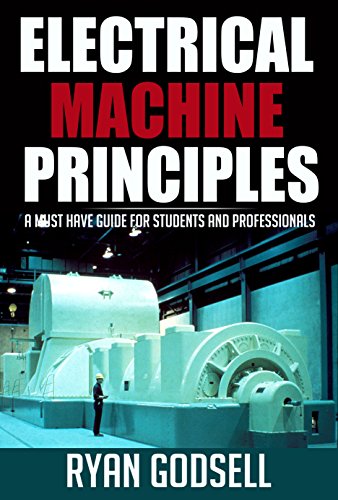 Electrical Machine Principles: A Must Have Guide...
$1.99
Shop at Amazon
On Sale Now 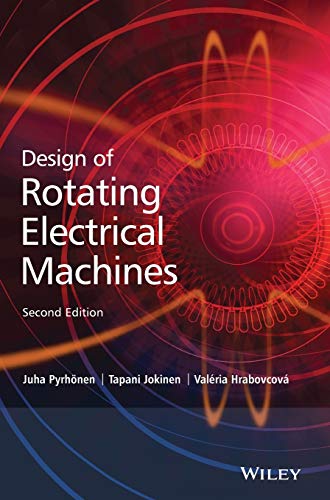 We hope this Synchronous Generator tutorial was useful and informative for you. Are you ready to share your thoughts
and experience with us and others. As your comments are always welcome, just submit them in the section below.