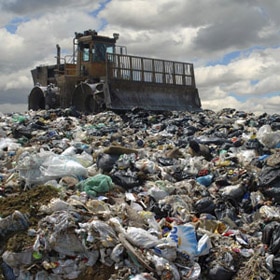 Every year, millions of tons of solid waste is generated in households around the world and which is disposed of in council and municipal landfill sites, while at the same time, millions of units of energy from coal, oil and natural gas are burned daily to create the electrical power we need to run our homes and workplaces. Today, a new generation of Waste to Energy, (WTE) conversion technologies are emerging which hold the potential to create clean renewable energy from solid and liquid waste materials. 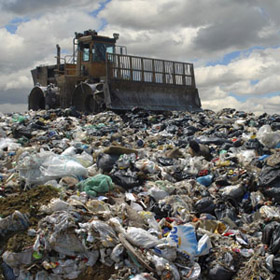 Traditionally the term “waste to energy” has generally referred to the practice of incineration of waste products either by burning the rubbish in the back yard or by large industrial incinerators to produce heat. The category of waste to energy broadly describes any of a number of processes or technologies in which a useful byproduct (energy) is recovered from an otherwise unusable source.

For example, solid wastes can be converted into fuel pellets and along with gasified waste co-fired with fossil fuel coal in an existing conventional coal fired power station.

Rather than sending residual wastes direct to landfill, advanced conversion technologies coupled with advanced pollution control systems can be employed to convert these calorific materials into clean energy. Advanced waste-to-energy technologies can be used to produce biogas (methane and carbon dioxide), syngas (hydrogen and carbon monoxide), liquid biofuels (ethanol and biodiesel), or pure hydrogen. Just as oil, coal and gas are used as fuels in a fossil fuel fired power stations, these alternative biofuels can also be converted into electricity.

Converting Waste to Energy has many advantages too by not only reducing the amount of landfill dumping, but by reducing the amount of greenhouse-gas emissions and pollution we pump into the atmosphere each and every year as well as reducing our dependence on non-renewable fossil fuels. However, many waste to energy conversion technologies are designed to handle only one or a few types of waste and can be difficult to fully separate different types of waste materials.

Advances in non-incineration conversion technologies and methods like pyrolysis and thermal gasification are providing ways of generating clean energy from waste materials that avoid many of the pollution concerns around conventional incineration and combustion. Today, we have the technologies and options available to us to separate the bio-waste which should be recycled, from the waste that can be used as a valuable and future energy source turning waste and other renewable waste fuels into clean energy.

6 Comments » for Waste To Energy Conversion