What is Solar Power

What is Solar Power and how does it work

When at school we learnt that as well as water, we needed the sun to shine down onto Mother Earth to help sustain the life in all its different types and forms. This included the animal and plant life that inhabits it, as well as to grow our crops for food. But we can also use the radiant light energy from the sun to produce heat, light and energy in the form of electricity by using the suns vast solar power.

Electromagnetic rays in the form of radiant energy, are being constantly emitted into space by the burning action of the sun. These rays travel through space in all directions while some reach the Earth’s surface. The radiant energy emitted by the sun reaches the earth within a very short period of time. In fact, the amount of solar energy that reaches the Earth’s surface every hour of the day is greater than our total demand for energy in one whole year. As the sun burns brightly in the solar system 24 hours a day, 365 days a year, solar energy in the form of “Solar Power” is classed as a renewable energy resource, and for all practical purposes, we can consider Solar Power as power from the sun.

The Earth receives the radiant energy from the sun in the form of electromagnetic waves. The amount of solar radiation that actually falls onto the Earth’s surface at any given location and time depends on many factors, such as the time of day (morning, afternoon or night), the time of the year (seasons), and the geographic latitude on the Earth’s surface, to name a few.

The amount of radiant energy that is available for use in a solar power system is only a very small amount of the total solar radiation received by the earth above its atmosphere. This is mainly because the clouds, the atmosphere itself and the ground conditions which can either absorb or reflect most of this solar energy back into the sky and space.

The Earth is essentially a huge solar energy collector that receives large quantities of energy from the sun. This solar energy can be used directly as solar power using a photovoltaic solar panel, and indirectly as wind, tidal or wave energy. Solar power is a renewable energy resource that is inexhaustible and is locally available everywhere on the earth. But in order to collect solar power more effectively, solar power receivers require direct sunlight and not reflected sunlight, making them ineffective in cloudy conditions.

The raw power from our sun which reaches the outer atmosphere of the earth is about 1373 Watts per square meter (1.37 kW/m2) above the cloud layer. This amount is then reduced down by the atmosphere and protective layers to arrive at the earth’s surface at midday from a cloudless sky at about 1000 watts per square meter (1.0 kW/m2) or slightly less.

This means then that the solar irradiance reaching the earth’s surface composes of about 70% direct and about 30% diffused sunlight because the atmosphere and clouds are acting like giant filters blocking and scattering the radiant energy from the sun in all directions.

For example, gases and small dust particles suspended in the atmosphere will cause a scattering effect on the incoming solar radiation resulting in some of it being reflected back into space in all directions due to the air, clouds, rain and haze. Clouds which are made up of liquid and frozen water particles will scatter and reflect the solar radiation back into space as we see on dull cloudy days.

Also the reflectivity of the Earth’s surface varies with the different types of materials that covers it whether it is sand, snow or sea, while some of the suns radiant light energy is absorbed by the different gases that make up the atmosphere such as water vapour, carbon dioxide and ozone.

As described above, solar radiation is both scattered and reflected in all directions when passing through the atmosphere. This dispersion can be as much as 60% of the total value which reaches the Earth’s atmosphere through space. Direct solar radiation however casts shadows, because it is directional coming directly from the sun. The position and location of the sun in the sky also plays an important role in the efficiency of any solar power system.

At noon on a clear sunny cloudless day in the middle of the desert, the solar energy available at the ground level can be as much as 1,000 watts per square meter, that is 1,000W or 1kW per m2 of area pointing directly at the sun but for many locations around the world 600 to 800W per m2 is a more realistic value.

To get the maximum amount of solar power per m2 we need to compensate for the tilt and angle between the sun and the earth and the fact that it is not midday all the time by pointing a solar power collector in a southerly direction were the sun is at its brightest and perhaps adjust it for different seasons to track the sun from east to west.

The Viability of Solar Energy

The viability of using the suns solar radiation as a solar power source, either to heat water or to produce electricity depends mainly upon the amount of solar irradiance received at any given location on the Earth’s surface and this will vary with both time and the seasons, with the Earth as a whole receiving more solar energy in the summer months of May through to August.

The availability or absence of the suns solar radiation depends very much upon the Earth’s rotation as there is less solar energy available at night than during the day, and also orbital motion of the earth which produces seasonal cycles from summer to winter with the sun being higher and brighter.

The sun is therefore more powerful in the sky during the summer months than the winter months. Also, the geographical latitude plays an important role in the availability of sufficient solar energy as well as the state of the atmosphere, cloud cover, etc. with the highest potential for generating solar energy being down in the southern hemisphere. Concentrated solar power helps us overcome some of these shortfalls.

Having said all that, enough solar energy from the sun shines down on the Earth in one hour to meet all our needs for one full year and the first step in determining the viability of any alternative energy system is to perform a realistic estimation of how much power and what type of power is actually needed. Taking time to think about this and correctly plan a solar power system will ensure that the completed system when operational will meet the expected electrical needs and also be cost effective.

So what types of solar power systems are available for harnessing the suns power in the home. Well, we now know from above that solar technologies convert the infinite power of the sun’s energy into heat, light and power. One of the best uses of solar energy is in using photovoltaics to generate electricity. Active solar power refers to the generation of electrical energy using solar power and there are two different ways of doing this.

There are huge commercial power stations in use today that use solar power to heat water to produce steam which is then used to generate electricity just as in fossil fuel coal or nuclear electric plants. Another method is by using large areas of photovoltaic cells connected together to form solar arrays that can generate electricity at high voltages and currents.

For a home based solar power system, it is not necessary to spend large sums of money designing very elaborate mechanical solar photovoltaic systems, many beginners start with just simple “home-made” photovoltaic designs to save money enclosing the photovoltaics in a wooden box for concentrated solar power.

Solar power is used to convert the energy in sunlight to a storable, transportable energy medium such as electricity using photovoltaic solar panels. Photovoltaics (or “PV”) is the technology that converts light directly into electricity and it is the iconic roof-mounted solar panel that most people associate with solar power. There are many advantages and disadvantages of solar power and in the next tutorial we will look at photovoltaics in more detail and see how the convert the energy of the sun into usable solar power.

In the next tutorial of this section about “solar power”, we will look at solar cells and see how they can convert sunlight in the form of photons into electrical power for our homes. 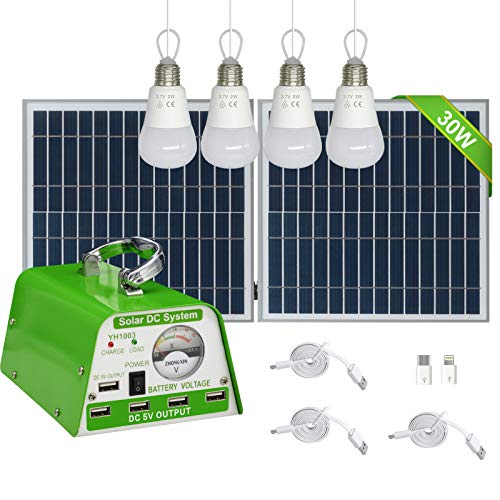 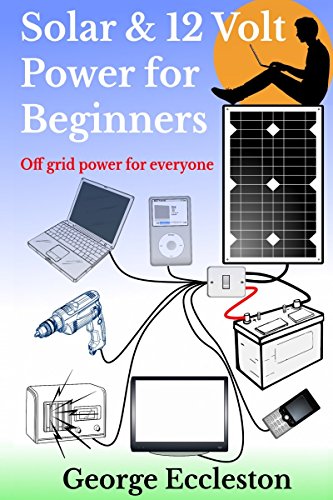 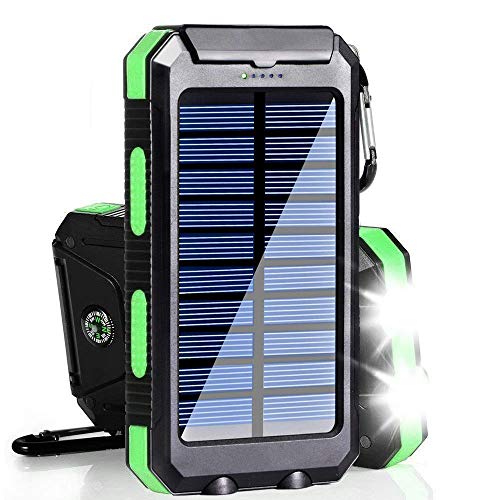 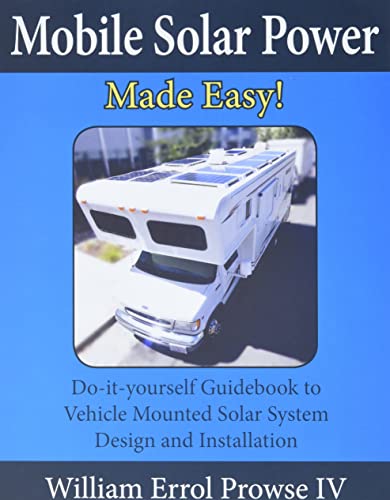 We hope this Solar Power tutorial was useful and informative for you. Are you ready to share your thoughts
and experience with us and many others. Your comments are always welcome, just post them in the section below.