Understanding how series connected solar panels can produce more output voltage is an important part of any solar system design and understanding a few basic principles when connecting different solar panels together will help designing and installing a photovoltaic system to power your home a whole lot easier.

Photovoltaic solar panels are semiconductor devices that covert sunlight (irradiance) into electrical DC energy but it is the PV panels individual solar cells which are responsible for converting the sunlight into electricity. However, the power output from any type of PV panel is very much dependent upon the intensity of the sunlight falling on its surface as well as its orientation, operating temperature and the connected load. 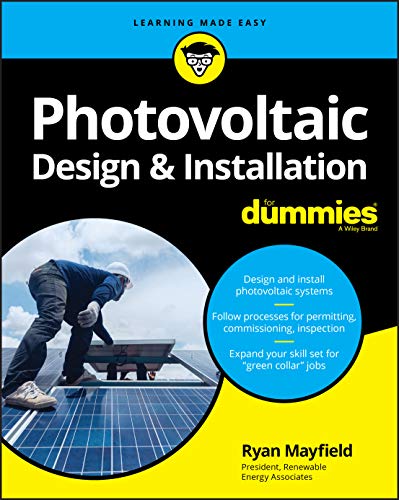 Solar cells are made of specially treated silicon material and designed to absorb as much sunlight as possible. Solar PV cells are interconnected electrically in series and parallel connections within a panel (module) to produce the desired output voltage and/or current values for that panel. Typically, solar PV panels consist of 36, or 60, or 72 interconnected solar cells.

Most silicon solar cells produce about 0.5 to 0.6 volts DC, which is the main characteristic of a pn-junction, when there is no external load connected. If there is no-load connected, or a very low current demand, a photovoltaic cell generates its maximum output voltage, commonly called its open-circuit voltage, VOC.

As the load current demand from the cell increases, brighter sunlight (given in watts per metre squared, W/m2) is required to produce the full output voltage. However, there is a maximum limit to the amount of current a solar cell can generate no matter how bright and intense the irradiance of the light.

While individual solar cells can be interconnected together within a single PV panel, solar photovoltaic panels can themselves be connected together in series and/or parallel combinations to form an array increasing the total available power output for a particular solar application compared to a single panel.

Photovoltaic panels are rated by their total power output, or peak watts, WP. For example, 50 Watts, 100 Watts, 245 Watts, etc. so several of these panels connected together can produce a substantial amount of solar power capable of powering a home. Then connecting solar panels together is a simple and effective way of increasing your solar power capabilities but its important to understand how series connected solar panels behave.

Series connected solar panels are called a string, thus the use of the word “string” means that the panels are connected in series. Note that series strings of PV panels can be connected in parallel to increase the total current and therefore more power output.

Here ALL the solar PV panels are of the same type and power rating. The total voltage output becomes the sum of the voltage output of each panel but the series string current is equal to the panel currents as shown.

Using the same three 12 volt, 5.0 ampere pv panels as shown above, we can see that when they are clearly connected together in a series string, the combined string produces a total of 36 volts (12 + 12 + 12) at 5.0 amps, giving total string wattage of 180 watts (volts x amps), compared to the 60 watts of one single panel.

Thus, if the series string consisted of “n” number of solar pv panels with exactly the same characteristics, then the series string voltage would be V1 times “n” (V*n) volts with the output current being equal to I1. Thus the total power output of the string will be equal to V*I*n watts.

In this method all the solar panels are of different types and therefore power rating but have a common current rating. When the panels are connected together in series, the voltages still add the same as before so the string produces 36 volts DC at 5.0 amps, producing 180 watts. Again the output voltage will depend on the number of connected panels but the string amperage remains the same at 5.0 amperes.

Note that while the manufacturers will state a standard panel voltage (6, 12, 24, 48 Volts, and so forth) which changes very little with irradiance, the open-circuit voltage, VOC (that is the voltage measured when I = 0) of a panel however could be as much as 25% higher than the panels nominal voltage rating resulting in excessive overvoltage for large strings.

Then while our simple example has a nominal voltage of 36 volts, it could potentially be higher at 45 volts (36*1.25). Then it is this voltage level that needs to be taken into consideration when connecting series strings to battery charge controllers, inverters, voltage converters, or DC loads, etc.

Lets look at connecting solar panels in series with the same voltages but different current ratings.

In this method all the solar panels are of different current rating but have the same nominal voltage. The individual panel voltages will still add together as before, but this time the amperage will be limited to the value of the lowest panel in the series string, in this case 1 ampere. Then the series string will produce 36 volts at 1.0 amp only.

Then no matter the actual maximum power rating of the connected panels, it will be the pv panel with the lowest current rating that decides the total power output of the series string. For example, our three panels above have individual power ratings of:

So the total expected wattage from the three PV panels comes to 108 watts, but the power available to the connected load is only 36 (36 volts times 1 ampere) watts clearly reducing the strings actual wattage to about 33% of maximum, thereby wasting money on the purchase of the higher wattage solar panels. Connecting solar panels in series with different current ratings should only be used provisionally, because as we have seen, the solar pv panel with the lowest rated current is the one which determines the current output of the whole array.

Here let us assume we have three solar pv panels of 40 watts, 100 watts, and 180 watts each connected together in a series string. You may assume that the total wattage, PT will be 320 watts (40 + 100 + 180), but this would not be the case. As we know the nominal voltage rating of each panel, we can use Ohms Law to determine the current strength of each panel and find the true output power rating of the series string.

As we have seen previously that the voltages add together so the total output voltage, VT will be 42 volts (6 + 12 + 24). However, the output current is limited by the panel with the lowest current output, which is panel No1 at 6.67 amperes. Then the series string will produce a maximum output power of only 280 watts (42 x 6.67), which is 12.5% lower than the expected 320 watts, thus the pv array is only operating at 87.5% efficiency at full sun.

We have seen here series connected solar panels increase a strings voltage. Thus “series connected solar panels are about voltage” as VT = V1 + V2 + V3 + V4, etc. therefore series wiring = more voltage. How many pv panels you connect per series string depends on what amount of voltage you are aiming for or the number of solar panels you have available, but you MUST take into consideration the strings possible open-circuit voltage, VOC value at all times when connecting to battery regulators and controllers.

While the voltage may increase, the string current will equal the lowest panel amperage. If all the solar panels have the same electrical characteristics then the string will produce 100% of the available power at full sun (1000 W/m2).

If the series connected pv panels are of different wattage’s and ratings, then the string current is limited to the lowest panel current reducing the efficiency of the string even at maximum irradiance.

Panels of different types, monocrystalline or polycrystalline or with different WP wattage values, for example 40 watt together with 50 watt should not be connected in series as they would not produce the expected 90 watts (40 + 50) output power as the lower panel would control the string, thereby wasting your money on the larger 50 watt panel.

Solar photovoltaic panels are a great way of producing electrical power for free and are available in a range of wattage values from less than 10 watts to over 200 watts to suit many solar applications. But in order to achieve the highest efficiency from your series string, positioning, sun angle and the amount of irradiance are just as important as using the same model of solar panel. That is whether they are connected together in series or are parallel connected solar panels. A little thought will save you money. 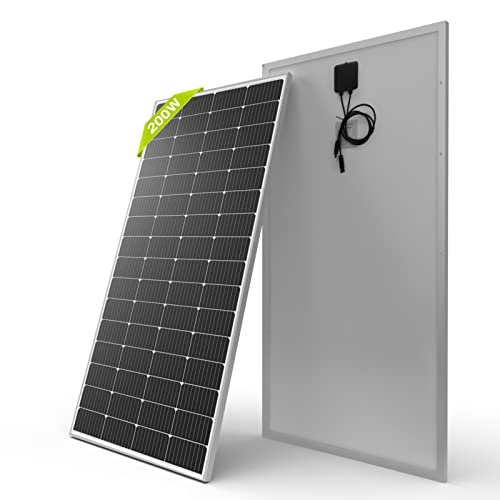 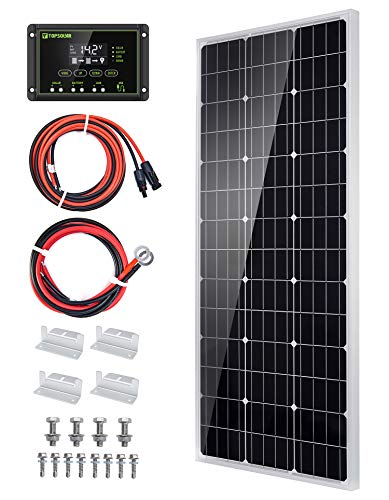 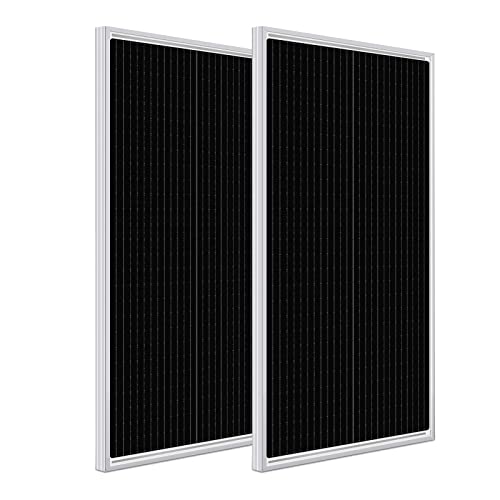 We hope this Series Connected Solar Panels tutorial was useful and informative for you. Are you ready to share your thoughts
and experience with us and many others. Your comments are always welcome, just post them in the section below.