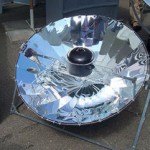 Solar cookers and ovens use the thermal energy of the sun to cook food. Traditionally cooking food outdoors requires stoves and wood as fuel, but climate-friendly solar cookers do not burn non-renewable charcoal or firewood resulting in zero CO2 emissions and less smoke, soot and ash. Solar box cookers and ovens use a free, and effectively inexhaustible source of thermal energy from the sun to cook food inside at high temperatures. Solar irradiance plays a vital role in cooking with the sun, so its only cloudy dull days that restricts the use of solar box cookers 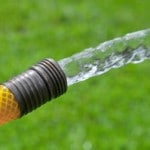 Grey water and wastewater recycling has many uses in both the home and garden. With increased pressure on the world’s freshwater sources, climate change, population growth and water scarcity, there is a growing need to manage water resources in a more sustainable manner. The use of recycled water which was previously considered unusable has become an increasingly important source of water for irrigation and garden use. Waste water collected from roofs, showers, baths, washbasins, and washing machines can all be reused as greywater both reducing the amount of freshwater consumption, but also the volume of water discharged into the sewerage system 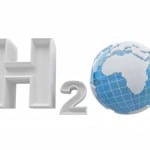 Hydrogen energy from a renewable energy perspective is a low-carbon energy supply we can use to power our homes and cars. Green hydrogen is a clean energy source which can play an important role in reducing the global requirements of fossil fuels. The use of hydrogen energy can provide the bridge between the variable output from solar photovoltaics and wind turbines as well as becoming a lowest-cost option for storing large quantities of electrical energy. Hydrogen and hydrogen-based transportation fuels can help transport renewable energy sources over longer distances 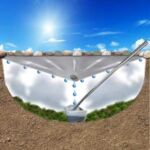 Solar Still is one of the best and most economical ways to distill water using the sun’s solar energy. The simplicity of the solar still is that produces clean water for drinking, cooking, and other such domestic purposes by using the sun’s solar radiation to evaporate and condensate dirty or salty water onto an inclined glass plate without the need for filters or electricity 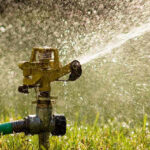 Eco-friendly ways of garden watering and tips to help care for both your lawn and the environment at the same time. While gardening is a relating and enjoyable part of owning a home, it is by nature an eco-friendly activity as well. Installing rainwater harvesting barrels and butts will not only save on water, but also prevent erosion and flooding. Waste water can be used to give your garden and lawn a soaking during the coolest part of the day, allowing the water to seep into the ground before it evaporates 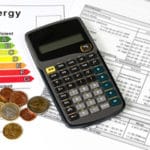 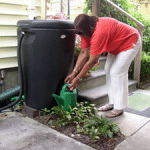 Freshwater production technologies can help sustain all the life here on Earth with access to clean drinkable freshwater supplies being a major human need. Water is the most essential ingredient for our bodies so having access to fresh clean drinking water is vital. Desalination plants and large scale solar stills are being installed and used all over the world in order to satisfy the freshwater demand in countries where access to fresh clean drinking water can sometimes be a challenge 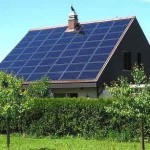 Passive solar design increases energy efficiency and comfort in homes. Sunlight can supply ample heat, light, and shade into a well-designed home without the need for HVAC machines and as such designing your home to use passive solar can reduce your heating and cooling energy bills. Passive solar energy design is nothing new but by designing the layout of your home with the sun in mind will make it more energy efficient, comfortable, and affordable

Get Closer to an Off Grid Home

If you’re considering the many options available to reduce your home’s dependence on fossil fuels such as coal and gas, chances are you’re one of the few that has looked seriously at installing solar panels. If you drive either a hybrid or entirely electric car (or use public transit and/or bikes and walking) and are compulsive about minimizing energy use wherever possible, whether that be by switching off lights, taking short showers, or unplugging unused appliances, then an off-grid option may be for you