Hydro energy is a well known and used form of renewable energy resource that uses both the stored potential energy and the kinetic energy of water as a source of power. The kinetic energy of fast moving river water can easily be converted into electrical power to meet the demands of a single home or a local community. But in order to spin a waterwheel or turbine to generate electricity we need to get the water to the these devices in the first place, and this can be done with the aid of a simple Penstock Design.

A penstock is the unusual name given to the series of troughs, tunnels or downpipes that transport water from a dam, reservoir or river directly to a waterwheel or turbine. In “run-of-river” small hydro projects, an undershot waterwheel or paddle wheel is attached to a fixed rotor, or axle, and placed in the current of a river or stream. As the water passes, the kinetic energy of the water pushes against the paddles, thus turning the wheel and producing mechanical energy. The simplicity of this type of system is that it does not require any damming of the water.

A more efficient and powerful design is the overshot waterwheel design where the water flows from above to rotate the wheel. To achieve this some of the water in a river is diverted and sent into a small man made canal or pipeline called a “penstock”. The typical penstock design is of a rigid pipe made from steel or high strength plastic.

Any hydro power system requires that the water from a river to be diverted and extracted in a reliable and controllable manner and the job of the penstock is to deliver water downhill to the waterwheel or water turbine under pressure within a generating station.

The natural force of gravity creates the energy required to spin the turbines that in turn generate electricity. A gate or valve is sometimes used to control the flow of water through the penstock. The water leaves the generating station and is returned to the river without altering the existing flow or water levels.

As hydro power generation from water depends upon a combination of both head and flow, both must be available to produce electricity, a diversionary weir can be used to raise the water level enough to ensure a constant supply to through the penstock. Sometimes a natural feature of the river such as a permanent pool in river could also act as a weir.

Penstocks are Pipes and Channels

Then a penstock is nothing more than a pipeline or canal used to supply or feed water to a small scale hydro scheme. The length of a penstock depends upon the topography of the region and the distance of the waterwheel from the weir or intake. This is how modern day hydroelectric impoundment schemes operate using dams and penstock designs but on a much greater scale.

The choice of type and size of penstock depends on several factors, such as distance, cost and head loss. Head loss is due to the friction in the penstock pipe or canal which depends mainly on the velocity of water flowing through it, the roughness of the wall material (smooth steel or rough concrete) as well as the length and diameter of the penstock pipe. Obviously head losses decrease proportionally with an increase in pipe diameter. However, pipeline costs will increase greatly with an increase in diameter.

For most small scale and micro hydro schemes, the most commonly used materials for a penstock design are Medium-density Polyethylene (MDPE), High-density Polyethylene (HDPE), rigid PVC (Poly-Vinyl Chloride) and mild steel pipework because of their suitability, availability and affordability.

The layout of the penstock pipelines really depends on their material, the nature of the terrain and any environmental considerations to be considered. For example, surface-mounted or buried underground.

In many small hydro systems, to save on costs the penstock follows the contours of the ground surface, which is of much greater length than the vertical head height.

The problem with surface mounted penstock pipework, some of the kinetic energy in the water is lost due to friction and turbulence within the pipework as it curves around the ground to a lower elevation as elbows or forks tend to increase head losses. Also a surface mounted penstock requires protection from damage due to animals or falling trees and generally requires anchoring with concrete and bolts at critical points.

Some of these penstock disadvantages can be overcome by burying it underground. When burying penstock pipe underground, special attention is required were the pipework is installed in very cold locations and environments to ensure winter protection from ice and frost. Also it is generally preferable to bury the penstock underground to provide protection from expansion as changes in the ambient temperature will cause the length of the penstock pipe to expand and contract which may result in fractures and leaks.

The pressure of water flowing through the penstock can be very high so when using rigid plastic pipework, the pressure rating of the penstock pipe is very important because the thickness of the pipe wall must be thick enough to withstand the maximum hydrostatic water pressure otherwise there will be a risk of the pipe bursting. The pressure of the water in the penstock depends on the head, a higher head means a higher pressure. Hydrostatic pressure is given as: ρ x g x H, where: ρ is the density of water, g is acceleration due to gravity and H is the head.

Friction is always present and is the force that resists the movement of the water. The interaction of the moving water with the pipes or canals wall means that the friction loss in the penstock can potentially be high in a bad penstock design as the rougher the pipe, the higher the friction.

Then the amount of energy required to overcome the total friction loss within the system has to be supplied by a greater head of water if you want to achieve the required flow rate at the turbine.

Then Penstock Pipe must be sized to provide the required flow and pressure to the water turbine design without too much friction loss. The rate that water falls from the effective head of the system depends on the volume of the penstock.

Even though a pipe may be able to carry all the water to the turbine, if the penstock volume is too small, the output power will be less than optimum because the water flow will be restricted and slowed on the way down, losing power along the way.

On the other hand, if the penstock volume is too large, the flow rate through the penstock will depend upon the rate at which the water is able to fill it from the weir or reservoir further upstream. If the penstock is too large it may empty too quickly affecting water pressure downstream at the turbine. It is possible that the suddenly empty penstock may collapse from air pressure because it is under vacuum rather than pressure. Then the variables to consider in penstock sizing are head, flow, generator capacity, pipe length and layout.

A good design for a home made penstock would be to limit the total frictional losses through the pipework to less than 10 or 15 percent, to achieve a net head at the waterwheel or turbine of about 85 to 90 percent of the gross head height. Usually in small hydro schemes, the pipe size and pipe material will be a compromise between the pressure drop, the terrain at your specific site, and of course cost. But it is important to get your penstock design right.

Small scale hydro is a reliable and cost effective renewable energy source for charging batteries in remote locations. Micro hydro schemes convert the energy of flowing water into electrical energy with the energy they produced being renewable and clean as they do not emit polluting gases. But building a new hydro scheme can be an extremely costly exercise.

Run-of-river schemes normally divert water from a river by the building of a diversionary weir which diverts water from a river into an intake which then passes through a turbine-generator and the water is returned via a tailrace some distance down the river. A penstock or pipeline is used to convey the water under pressure to the turbine house.

Moving water represents a potentially huge amount of energy. It is important to support the penstock well, especially at turns, bends, elbows or forks where steel or concrete supports may be needed to counteract the force of the moving water inside. The penstock should be buried in the ground to avoid damage to the pipe and prevent water being heated by the sun, which effects pressure and deteriorates the PVC.

The penstock piping must also be sized to provide the required amount of flow and pressure direct to the turbine without too much frictional loss along the way. The smaller the diameter of the penstock, the higher the friction between the water and the walls, and the greater will be the overall energy loss.

The physical length of a penstock pipe or channel will contribute to the frictional losses. But a penstock pipe can be either an internally smooth steel pipe or rigid thick walled poly pipe depending on the design requirements for the site. Clearly, any penstock design must be installed so that the transport medium (water) is always falling under the influence of gravity.

To learn more about “Penstock Design”, or to understand how penstocks are used to divert water in a small hydro scheme, or just to explore the advantages and disadvantages of hydro energy, then why not Click Here to get your copy of one of the top books on Microhydro and Small Scale Hydro direct from Amazon today. 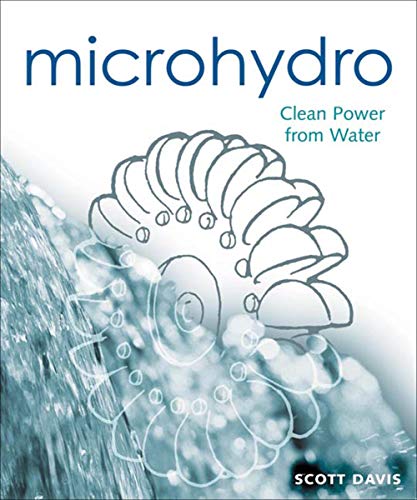 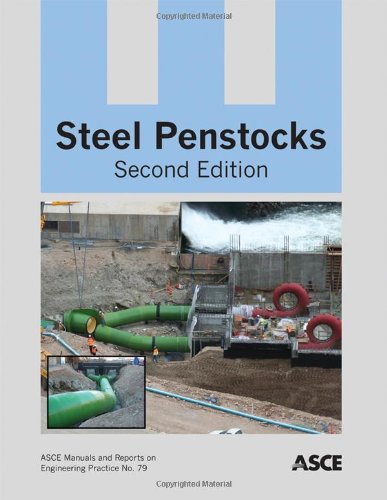 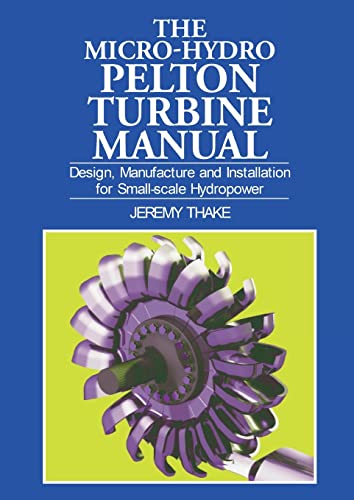 We hope this Penstock Design tutorial was useful and informative for you. Are you ready to share your thoughts
and experience with us and many others. Your comments are always welcome, just post them in the section below.