The Stirling Engine Generator is a sealed high efficiency “heat engine” that is driven by the radiant energy supplied from the sun or any other source of external heat. Invented by Robert Stirling, hence its name, nearly two hundred years ago, the Stirling cycle engine is a type of solar engine, or sun motor, which operates using the principal of thermodynamics alternating between the hot and cold temperature cycles of a working gas. Sunlight contains many thousand times more energy than us humans can use but harnessing this free energy can be expensive. The most common method, is to use photovoltaic cells, which turn the sunlight directly in electricity. But we can also use the sun’s immense power to heat water and fluids either directly or by using a solar power tower and heliostat mirrors to reflect heat onto Stirling engines, which in turn moves pistons to generate power. 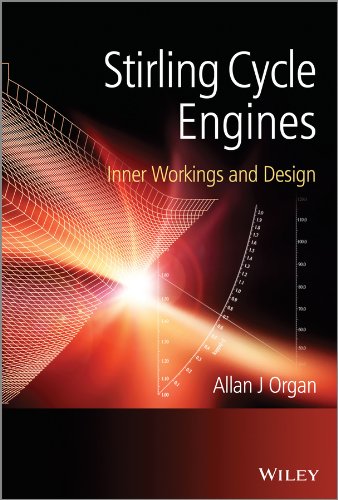 Generally, trough-shaped parabolic concentrators and power towers require water to produce steam which drives a steam turbine to produce electricity, but no water is required for a solar dish/engine energy system.

Dish solar power uses a two-axis prime-focused parabolic dish to concentrate solar energy into a receiver. The receiver absorbs the solar radiation reflected by the concentrator and converts it into useful heat transferring it to the heat engine/generator.

Parabolic reflectors focus the sun’s solar energy onto a receiver at a concentration ratio of over 2,000 suns to heat a transfer fluid inside the solar engine to more than 1,000oF. Thus, the highest temperatures of the system occur at the receiver and as such Stirling engine generators have a relatively large heat to electrical power conversion ratio. 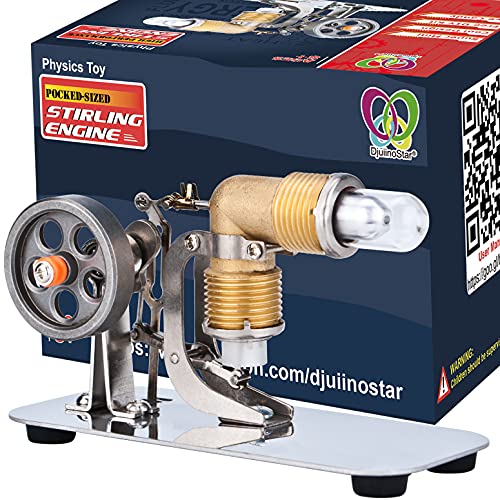 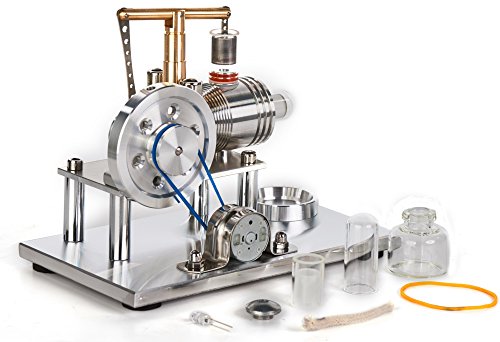 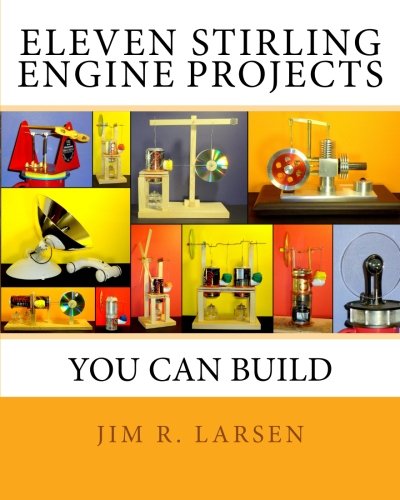 Eleven Stirling Engine Projects You Can Build
$17.95
Shop at Amazon 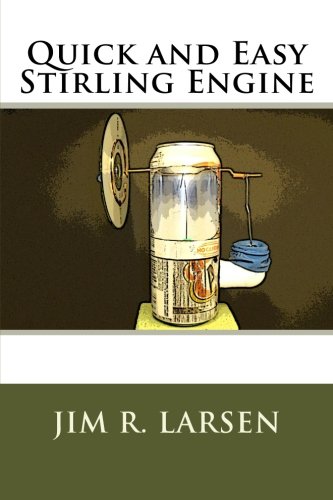 We hope this Stirling Engine Generator tutorial was useful and informative for you. Are you ready to share your thoughts
and experience with us and many others. Your comments are always welcome, just post them in the section below.