Harvesting the Energy of Ocean Waves

The oceans of the world are obviously large and contain massive amounts of energy in them. Just think about how much energy is involved in moving the vast amounts of water around our planet in the form of tides. While it is clear that the potential of using the ocean’s as an alternative source of energy is an attractive idea, the question is how do we harness all this ocean wave energy and convert it into a renewable energy resource.

These waves might look like they move or propagate in one single movement and direction, but instead the water stays stationary passing its energy along, much like the “Mexican Wave” at football games. Then “ocean wave energy” uses the vertical movement of the surface water that produce tidal waves. There is no disputing that ocean wave energy and its generating devices are in their infancy. With so much energy floating about in our oceans it only takes one successful strategy to make a big difference. Most people agree that ocean energy generation is one of the major renewable energy forms of the future.

The possibility of harnessing renewable energy is endless and limitless, and wave energy is just one of the tools we can use. The only thing that can hold us back is our imagination and physical capabilities and hopefully soon our technologies will be able to make these feasible. 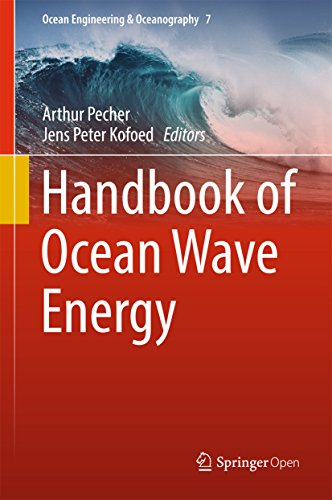 We hope this Ocean Wave Energy tutorial was useful and informative for you. Are you ready to share your thoughts
and experience with us and many others. Your comments are always welcome, just post them in the section below.